Save Center Street & The Climate We don’t have to stand by while climate change threatens Reno with fires, smoke, drought, and pollution.

On September 8th, at the 10 AM City Council Meeting, TMBA, community partners and advocates, like yourselves, will be presenting public opinion on the importance of continuing to move forward with well-designed bicycle infrastructure such as the bike path on Center Street, and while I know this is not the reason we get involved, those supporters in attendance will get a free “Save Center Street” t-shirt.

The flagship Center Street Cycletrack project is a protected bike lane that will reduce greenhouse gas emissions in our area by getting thousands of more people safely on bikes, riding from the university through downtown to midtown on Center Street. What better way to protect the environment and our students right now than encourage riding a bike instead of driving a car. Even better, this project has been studied over and over as the most practical location for a connection between UNR and midtown because it can be done with minimal impact to traffic and it is already under design.

Public opinion was clear in the studies of the Center Street project, that we need it now to slow the effects of climate change, solve traffic and parking, improve traffic safety, improve the local economy, put more money in people’s pockets and reduce greenhouse gas emissions.

It is the Center Street Cycletrack that kicked off the re-imagining of downtown. It is imperative that we make our voices heard and tell city and county leaders that it is still a key component of re-imagining a healthier, safer, more connected, and vibrant city.

Over the next few months, we will engage in a constant drumbeat, telling the Reno City Council and RTC to keep moving forward with what has been approved, budgeted, and shown to work: the Center Street Cycle-track.

For the first time, Reno could have a safe, comfortable, and protected bike lane for thousands of students, families, and tourists to move quickly from the university through downtown to midtown.

If you support Center Street Cycletrack, please contact your City Council member or RTC board member and consider attending an RTC or Reno City Council Meeting and presenting public comments similar to what you read above.

CITY OF RENO: Email your support for the Center Street Cycletrack to publiccomment@reno.gov, or by leaving a voicemail at 775-393-4499.

SUGGESTED MESSAGE: Hello, my name is ____________ and I represent ___________. I would like my public comments to support the Placemaking study underway and emphasize that the Center Street Cycletrack represents the vision of a vibrant, safe, connected, diverse and walkable downtown. The City of Reno and RTC should continue to move forward with this vision to boost the economy immediately, reduce traffic and parking problems, and do our part to reduce greenhouse gas emissions. Immediately lift the pause on the Center Street Cycletrack and let’s keep moving forward. Thank you. 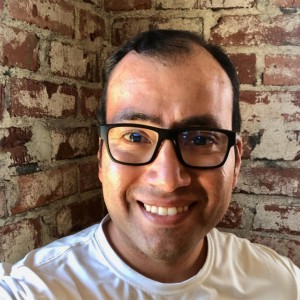